Global Stem Cells Group founder and CEO Benito Novas was recognized as a leader in regenerative medicine at the XVIII International Congress of Aesthetic Medicine, Aesthetic Surgery and Obesity, Dec. 2, 2017, in Mexico City.

Novas accepted the recognition, signed and presented to him by Congress President Rector Doctor Arturo Conde at the event, honoring him for helping thousands of physicians around the world bring regenerative medicine therapies to their clinical practices.

Novas is a global entrepreneur, manager, and keynote speaker with expertise in the field of specialized marketing focused on biotechnology, life sciences, and healthcare development.

The philosophy that has driven him to launch and grow his companies is the desire for a perpetual flow of knowledge and innovation with regard to the role of stem cells in modern medicine.

“My aim is to accelerate the process of getting promising stem cell research and technology developed into treatments and therapies, and to make them readily available to benefit the health and well-being of a broad range of patients,” he says.

Using specialized marketing techniques focused on stem cells and their impact on the field of aesthetic surgery, Novas created a multi-company corporation based on his visionary approach to healthcare management and regenerative medicine. 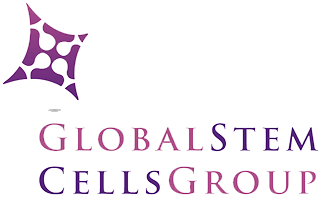 Global Stem Cell’s mission is to be the largest recognized stem cell and regenerative medicine network in the world. The Language of Stem Cell Medicine: What are They? What Makes Them so Special? And What do all Those Acronyms Mean?

Stem cell medicine is based on the concept that physicians can harness the body’s own reserves to heal itself, rather than relying exclusively on drugs or invasive surgical procedures. Stem cell medicine works by deals engineering human stem cells to replace or restore damaged or diseased organs or tissue, or establish normal function in them. While regenerative medicine primarily includes therapies a that utilize stem cells, the term is also used to describe therapies that use progenitor cells, used for many decades in the form of bone marrow transplants, as well as other cellular products such as platelet-rich plasma (PRP).

While both PRP and progenitor cells are widely used in clinical settings, stem cell therapies are still playing catch-up. PRP is used to treat orthopedic injuries and degenerative joint disease.

However, stem cells are in high demand worldwide. The burgeoning field of stem cell medicine is widely understood in a vague sort of way, but few people are aware that there are different kinds of stem cells. They can be derived from different tissue sources, harvested from the patient’s own body or donated. To help establish a better understanding of the stem cell landscape, we’ll start with some basic concepts. Current clinical trials involving both autologous and allogeneic therapies are taking place all over the world. These trials target a wide range of diseases and conditions, from heart disease to orthopedic conditions, to wound healing.

Autologous treatments using your own stem cells can be performed in the same operative session, which eliminates concerns over your body rejecting donor cells.  Your stem cells are extracted from your tissue, and reinjected back into your body targeting the area or organ that needs mending. This is a one-to-one therapy.

Allogeneic therapies use stem cells donated from another person. Before these cells can be put into a different human body than the one they came from, they must undergo extensive testing for diseases, and the cells are usually culture expanded in laboratories to achieve higher cell counts. Allogeneic therapies are performed under strict FDA guidelines, as these stem cells can eventually scale up in mass production, be stored and potentially distributed to millions of patients. Stem cells are acquired from various tissue sources, and each tissue source has different potentials for the cells to differentiate. The following information explains these tissue sources and corresponding type of stem cells:

IPS Cells (induced pluripotent cells)
IPS cells come from adult cells. Their genetic code is biologically manipulated to become pluripotent, which means they can differentiate, or become any other type of cell. Because the genetic code of IPS cells has been altered, they carry a higher risk profile than both adult stem cells and embryonic stem cells.

Embryonic Stem Cells (ES)
Embryonic stem cells, first isolated in mouse embryos in 1981, are derived from the embryo of a human fetus. Controversy has pursued embryonic stem cell research since its inception, over of ethical and religious perceptions. Embryonic stem cells are currently used mainly for research and understanding how regenerative cells work.

other sources. Most recently, a large number of clinical trials are focusing on stem cells derived from bone marrow and adipose tissue.

Adipose Derived Stem Cells
In 2001, researchers and plastic surgeons from the University of Pittsburgh discovered that human fat tissue is a very rich source of mesenchymal stem cells (MSCs),  multipotent stromal cells that can differentiate into a variety of cell types, and the findings were published in Tissue Engineering Journal. Upon publication, this discovery stirred quite an epiphany in the medical and scientific community—until then, adult MSCs were predominantly believed to be strictly a bone marrow product. He is also a pioneer in the use of the laser in orthopedic surgery.

Dr. Purita is the director of the Institute of Regenerative and Molecular Orthopedics in Boca Raton, Florida, specializing in the use of stem cells and PRP injections for use in sports medicine and other musculoskeletal conditions. The Institute has treated some of the most prominent professional athletes from all major sports in both the U.S.. and abroad.